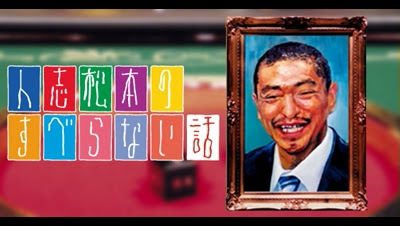 Hey, here's another video sub. Finally another Suberanai Hanashi episode. Much of the same sort of stuff as the previous ones. There were a couple that just don't work in English, and so I've put some translation notes up the top so try not to miss those. This episode features two new talkers, Yahagi Ken of Ogiyahagi and Arita Teppei from Cream Stew, who is also famous now for being on Shabekuri 007 (among fans of this blog anyway).