Downtown Gaki no Tsukai Ya Arahende

What? A new video?


This is an episode of Gaki Tsuka where the gang sit down and tell stories of their past.
Well not really. They are given famous movies or anime/manga and try and retell the stories as though they are real events that happened in their past.

Thanks to Tofu Panda Fan Subs for help with typsetting, and editing etc. Please check out their site if you haven't already!

GET VIDEO
Posted by GodzillaRadio at 20:04 6 comments 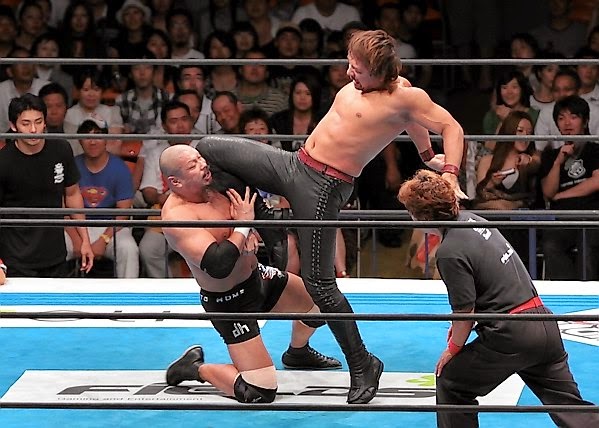 How's it going people?
Hope you've all been well these past few months.
I have finally finished subbing a video for you to watch.

It's an episode from Ametalk! where comedians talk about the current state of pro-wrestling in Japan.
Pro-wrestling is basically the Japanese version of staged wrestling like in WWE or WWF or WTF? or whatever they're called these days. You know, the ones with Hulk Hogan and the Rock and stuff. I dunno.

This sport has also seen massive popularity in Japan, particularly in the 80's, where there was a pro-wrestling boom, and tv ratings for matches were crazy.

I'm not particularly a fan, watching a match can be boring and a bit embarrassing when it's so obviously fake. But I do see it's charms when people talk about it, like in this video. I'd like to sub some of the previous Ametalk pro-wrestling episodes where they talk about pro-wrestling of the past sometime.
Anyway, hope you like it. Sorry about the shite video quality.
I've forgotten how to render nicely, and I can't be stuffed trying it again.

GET THE VIDEO LINK

You Look Like A Famous Female Wrestler
I think Miyasako was referring to Aja Kong, a famous wrestler in the golden era of pro-wrestling. 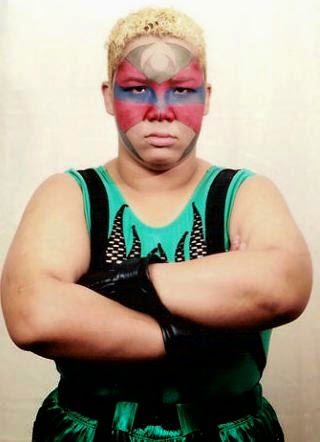 Rikidozan was a very famous wrestler, thought to be the father of pro wrestling in Japan. He became extremely popular, even to a national hero status after Japan lost WW2 as he would routinely beat American wrestlers, showing that Japanese people could still stand up to them. Or something. Except he was Korean :D

Kano mistakenly calls him Rikido-san. In this case Rikido being the name, and then the honorific -san on the end. Kendo Kobayashi responds by saying that only people quite close to Rikidozan would call him that, as it's a bit casual or kind of like calling him by a knickname. 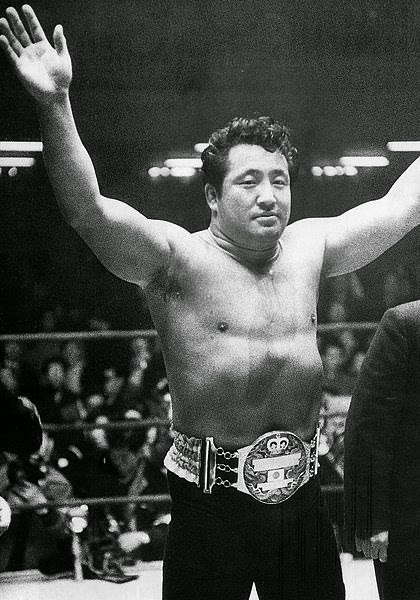 This is a very successful pop-rock band in Japan particularly throughout the 2000's. They are particularly famous outside Japan for their Full Metal Alchemist theme song. I used to like these guys a few years back when I was heavily into Japanese music. Wonder how I'd react now? 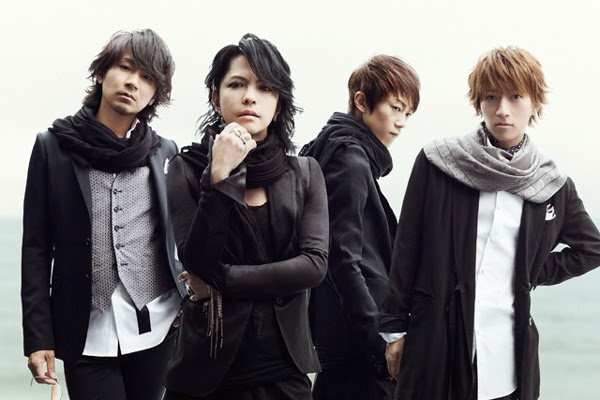 Physical humour is quite common in Japan. One iconic joke is to place a stocking over your head, and then pull it off. As the stocking clamps on tight, it pulls the flesh from your face along with it, causing your face to stretch and look strange. 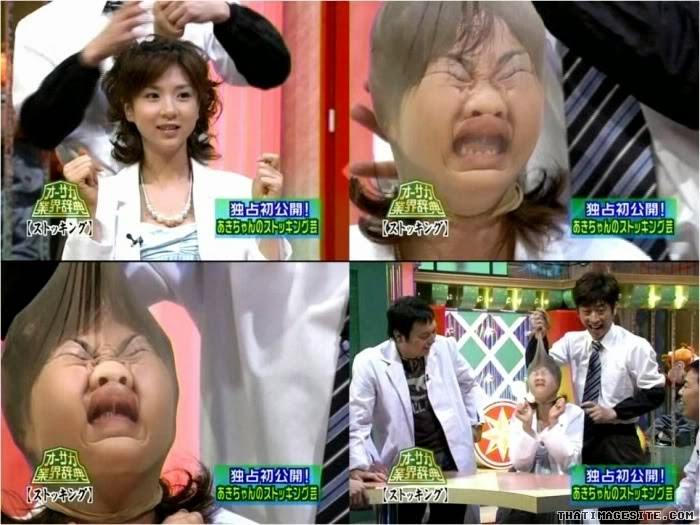 Yokozuna is a the highest rank of of a sumo wrestler. It is difficult to become one, as you must not only show a high level of skill and strength, but also of character. The last attribute is a bit tricky, as it is judged by a panel of old hard headed sumo elders. Until about 15 years ago foreigners were not considered able to have the right character to be yokozuna. This turned out wrong as the majority of yokozuna have been non-Japanese in recent times. 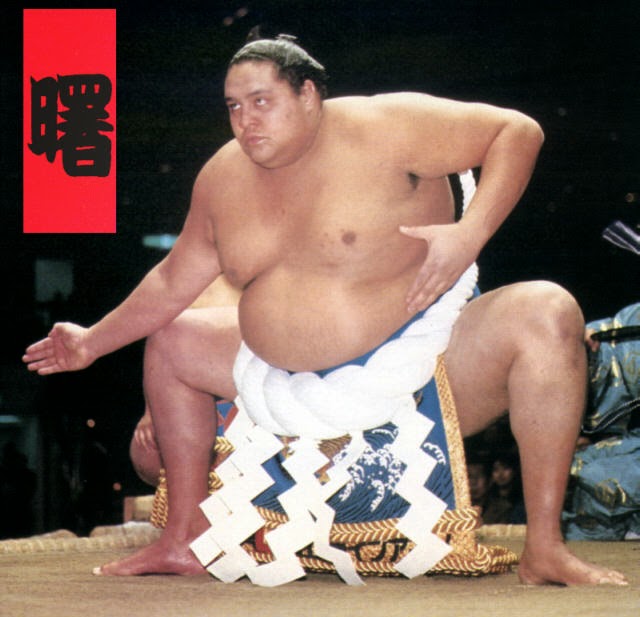 Maseki Entertainment is a talent scouting agency. For some reason prominent comedians from there tend to be naturally goofy. Particularly notable ones include Degawa Tetsuro who's main claim to fame is being stupid, incompetent, embarrassing, as well as his silly reactions. 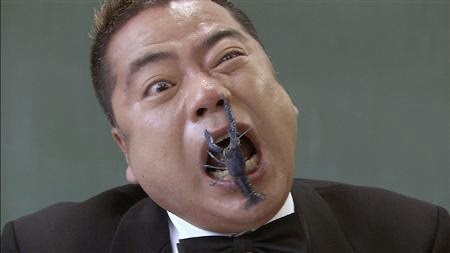 I'm sure there were more but I forgot to take note after this one....if you have any questions let me know.


Posted by GodzillaRadio at 02:20 8 comments

Email ThisBlogThis!Share to TwitterShare to FacebookShare to Pinterest
Labels: Ametalk 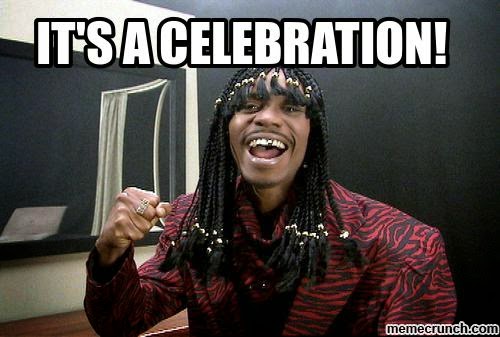 Sorry I have been inactive on the blog for a while.
I'm sure many of you have been waiting for some videos for a while, and many new people also wanting links to old videos.

For people wanting a new video, good news.
I'm working on one, it's about half done, in that most has been translated.
I just have to go over it, fix it, make it flow better etc.
I will still take a while doing this, since I'm more busy than before, so maybe around 1 or 2 weeks.

For people wanting links to old vids, please write them in the comments and I will try to upload onto mega. I've been very slack with keeping links available, and some have been blocked or deleted from the sharing sites they were on.

So there you go.

Posted by GodzillaRadio at 16:54 6 comments 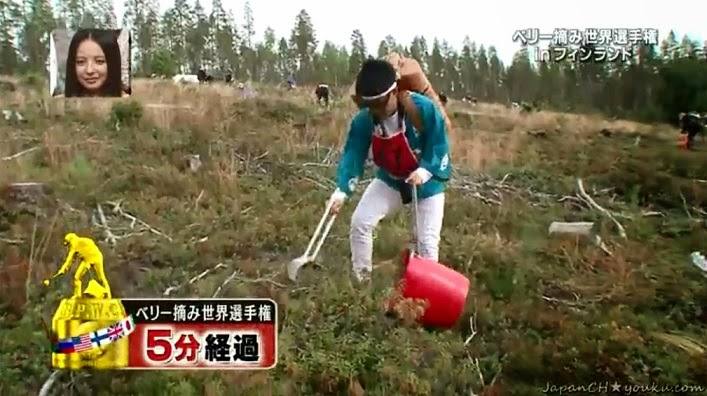 Here's a short video I've been working on.
It is a segment from the show, "Sekai No Hate Made ItteQ", a "mystery solving and adventure tv show". Whatever that is. Well that's what the show calls itself, anyway.

This particular segment is a popular series featuring the comedian Miyagawa Daisuke traveling around the world to participate festivals of different countries. These have ranged from well known festivals like the Running of the Bulls festival in Spain, to virtually unknown festivals where you catch muddy eels in South East Asia.

Anyway, it's fun to see what different cultures do in their spare time, and may be interesting for you to see Japanese entertainers hanging around outside Japan.

Posted by GodzillaRadio at 06:59 8 comments