I was actually planning to do a written post but couldn't finish it today. Instead, I've done another video sub work. If you've been checking this blog for a while you'll probably know that I'm a big fan of the manga, JoJo's Bizarre Adventure. There was a second hand book festival thing near where I live so I went, and to my surprise and joy, found a few JoJo manga in Japanese! Of course I bought them as they were only $1.25 each!

Although I had been planning to eventually sub an interview with the creator, Araki Hirohiko that event prodded me to speed my plans up. Surprisingly (or maybe not?), there were no English subbed videos with him already so I felt even more of the need to do so. Yes, the need to, for all the fans in the world that love him to pieces. lol.

So here's an interview with one of my favourite manga artists, Araki Hirohiko, the creator of JoJo's Bizarre Adventure.

Anyway, here it is.


Here's the PS2 game cover they he was talking about. 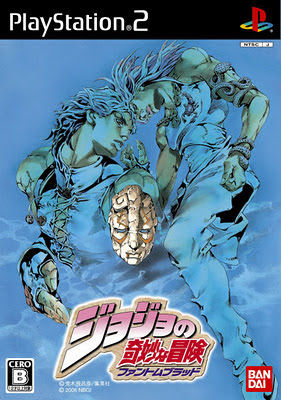