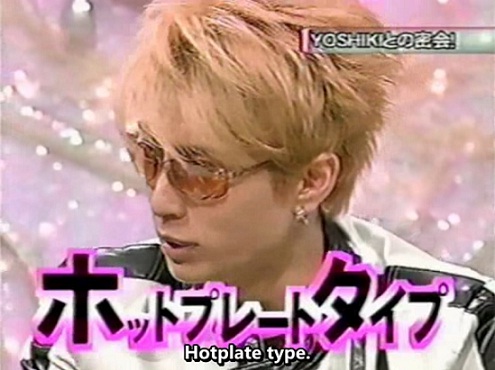 I thought it was about time I did something for the Gackt fans and Hey! Hey! Hey! Music Champ fans again after a very long time. Don't worry, I haven't completely forgotten about you people.

So, I was wondering which G video to do, and I often get asked to do recent stuff, but quite frankly, that's all too boring to sit through, so I decided to kill two birds with one stone and do another old collaboration with Downtown.

Yes, there was a recent one of him appearing on Downtown DX and even Heyx3 before the show ended but.....I dunno, I find the older videos funnier. There were also many other people that talk in between that weren't funny for those videos so yeah, the thought of just having to listen to them again after watching it the first time killed those options. For now at least. Maybe once I more or less forget what they talked about. Except by then, they'd probably be old videos.......fuck

Anyway, maybe I'll try and force myself through a recent one, or maybe not even watch it first and go straight into subbing.