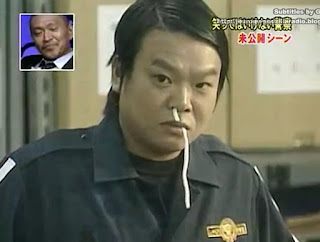 What's up everyone?
I've got another video for ya!

It's one of those extra footage episodes of the No Laughing Batsu Game series. I was asked to do whatever one I felt like so I chose the police department one, for no particular reason really. Just picked the first one that I found.

It might be better to re-watch the full one before watching this (maybe?). It might make it a bit funnier so that you'll remember the premise and stuff but whatever...you can decide for yourselves.

I've never watched a subbed version of this so I don't really know how the others are done but I hope mine are good enough. I've bothered to sub most of the text that pops up on the screen too since it's a popular series. Well, I hope you enjoy it!

NAGARE HAGIWARA
Is an actor and talent. He's known for liking to where cowboy style clothes. He's also quite famous as a pervert. I suppose that's why he's at the brothel. 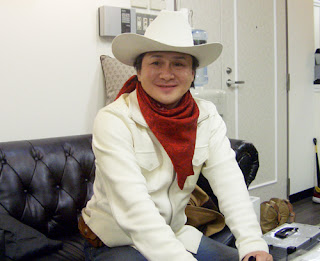 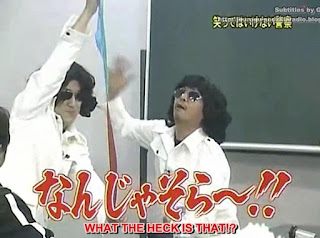 Tanaka and Matsumoto were dressed up as Matsuda Yusaku in his role from the popular 1980's police show "Taiyo ni Hoero" (Howl at the Sun). The "What the heck is that!" line that Matsumoto does at the end is a take on Matsuda's famous line when he dies "What the heck is this!?". This line, and the way it is said is very famous, and you'll hear it everywhere on Japanese TV. That character's nickname was also "Jeans pants" because he always wore jeans. Hence the name "W Jeans pants" for the Matsumoto + Tanaka combo. Also, Yutaro, the guy holding a large wine glass that often appears in the Gaki series is also a parody of a character off this show played by Ishihara Yujiro. 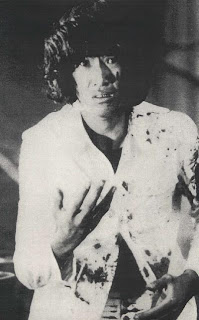 KUWATA KEISUKE
Is a very famous solo singer and vocalist for the band Southern All-Stars. I've written about him a lot of times in these translation notes, so that goes to show how much of a big pop culture icon he is. He and his band are one of the most successful and influential artists for what is now called J-Pop.

MORI SHINICHI
Mori Shinichi is one of the most famous enka and kayoukyoku singers. Enka is a traditional style of Japanese singing whereas Kayoukyoku is the precursor to "J-Pop". It's basically the popular music prior to the 1980's which are influenced by Western music but still have a Japanese feel to it (J-pop is even more Westernized). He's known for his husky voice and kind of strange looking mouth lol. He's really old now and it looks like he's going to die while singing on stage but he's still awesome.

CARP STREAMERS/ KOINOBORI
These are things that people hang up on poles on May 5th, "Children's Day". They get flapped around in the wind like flags do, making them look as though they are swimming. There are (usually) three carps; the biggest one is the dad, the second biggest is the mother and the smallest the son. If their are more sons then they add more (with different colours). What about daughters? They're not important enough. Haha nah, don't worry, girls have their own day called Hinamatsuri on the 3rd of March. 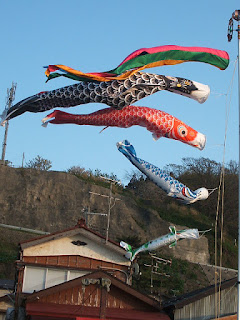 SHIMAKI JOUJI
Shimaki Jouji is a veteran comedian now mainly known for his role in the Yoshimoto Shin-kigeki, a comedic stage play performed at the Namba Grand Kagetsu. One of his staple jokes involve banging his head with a pair of ash trays.


IF YOU'RE HAPPY CLAP YOUR HANDS - SAKAMOTO KYU
A world famous tune, originally from East Europe. Here's the Japanese version.


TENNESSEE WALTZ -
Originally an American song, but covered in Japanese (and English) by Eri Chiemi.
Here's the Japanese version.